A Better Understanding of Soap Noodles

There is a term that can be a bit of a confusion if you hear it for the first time. That term is “soap noodle.” The two words don’t often interact with one another, but there is a product out there that you may want to hear about.

Learning more about what a soap noodle is, what it can be used for, and why you should have one in your home is precisely what this guide is all about. Here is everything that you need to know about the soap noodle.

What Is a Soap Noodle?

If you are confused having heard the term “soap noodles,” you are likely not the only one. So what are they, exactly? Soap noodles most commonly refer to the materials that comprise a soap base. They also happen to look like noodles. These noodles are then used to make commercial soap.

Some of the noodles you come across are made up of saponified vegetable oil such as olive oil, palm oil, coconut oil, or even palm kernel oil. They can also be made up from animal-based fats such as tallow.

The soap producers will then buy the bases for their soap (the noodles) in bulk. They melt the noodles down, add in their own colourings and fragrances, and make their own customised version of soap in a quick manner. Then the soap gets poured into a mould where it takes its final shape.

The term can also be used to refer to the surfactants that most of the DIY soap makers out there use to make their own lathering bath soap as well as shampoo bars. These noodles are most commonly known as anionic surfactant noodles, typically sodium coco sulfate (SCS) or sodium cocoyl isethionate (SCI).

Still not following? Let’s take a look at the kind of things that a soap noodle would be used to make. For the most part, they include toilet or bath soap, which can include shaving soap. They can also include detergent bars or “sydet,” which are synthetic bars.

A soap noodle might be used to create liquid soap, medicated soaps, laundry soap bars, specialty soaps (like an aromatherapy soap or herbal soap), and even industrial soaps that get used for textile manufacturing purposes. The number of ways in which a soap noodle can be used are exponential. 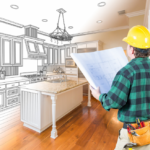 The Benefits of Building a Custom-Built Home 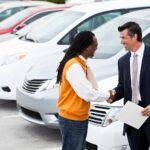 The Benefits Of Buying Rather Than Leasing a Company Vehicle.

The Benefits Of Buying Rather Than Leasing a Company Vehicle.

The Benefits of Building a Custom-Built Home